By Alastair Talbot for Dailymail.Com

A 22-year-old male resident told university officials he was only trying to replicate something he saw online, adding that it was not a school project.

Flames from the blast quickly spread up the walls and ceiling around the stove, setting off fire alarms and sprinklers at Heritage Halls around 4.30pm on Sunday.

Several parts of the building were also flooded, according to campus police, before Provo firefighters rushed to the scene.

“Flames from the explosion had engulfed the walls and ceiling around the stove and the intense heat set off the fire sprinkler system. Firefighters quickly secured the scene and were able to extinguish the remains of the fire,’ BYU police explained in a Facebook post.

Photos of the incident were shared on social media, showing scorched walls and kitchen cabinets above the stove. Responders can also be seen in the hallways of the building, walking through the floodwaters on the ground floor. 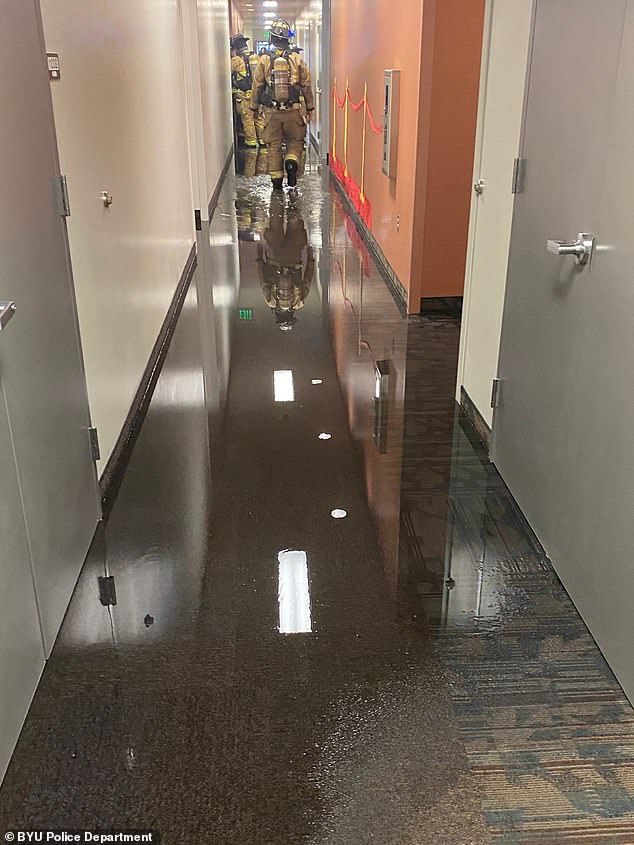 However, no one was injured in the blast, although 22 dormitory residents were ordered to evacuate the building. Police said the dorm suffered “extensive damage”.

“Please keep your experiments in the lab and supervised by trained professionals,” read a BYU police Facebook post.

The ingredients used to make the rocket propellant were common store-bought items, according to local authorities.

The resident was with his roommate, who was questioned by police, while he was making about five pounds of the substance when it overheated.

The college-owned facility where the fire occurred is home to six residents. Fortunately, only two were home at the time, as many students were off campus due to the holiday weekend. 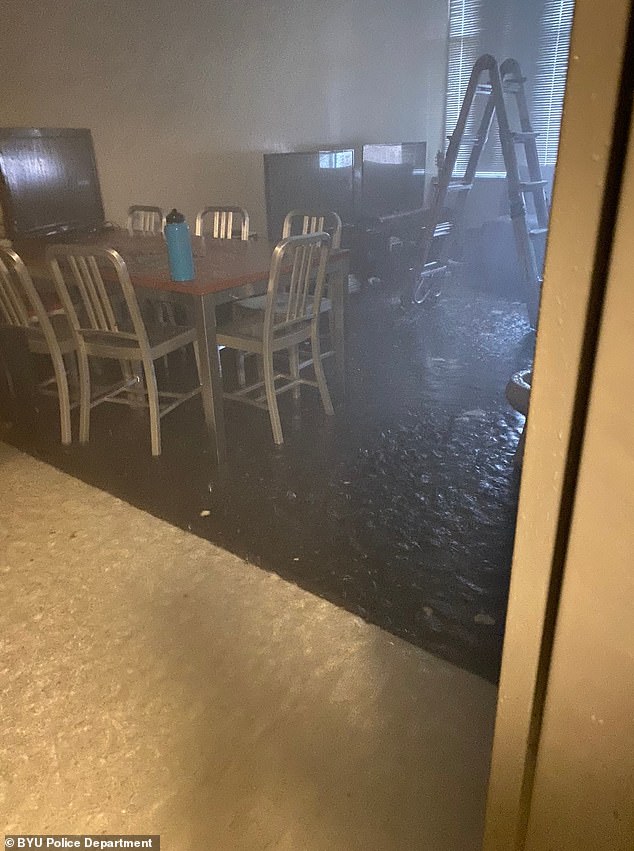 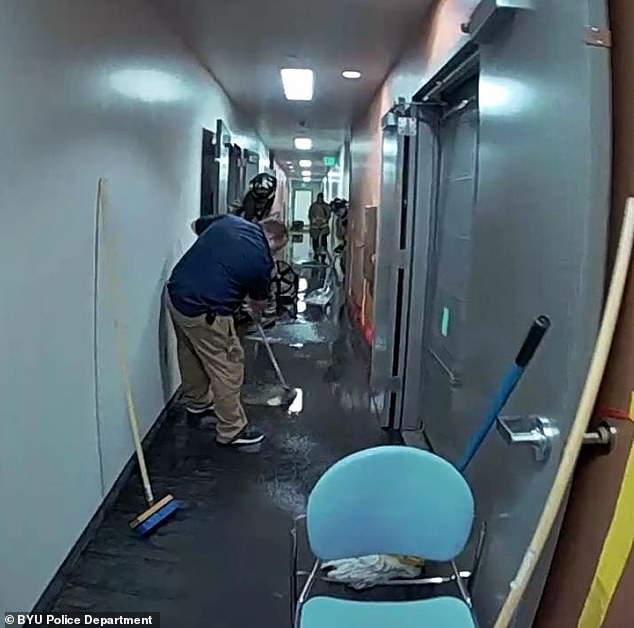 The building sustained “extensive damage”, but the total amount of damage to the building’s structure and personal property has not yet been determined 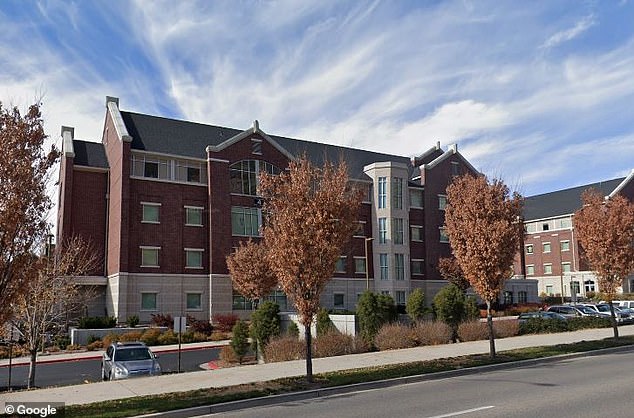 Heritage Halls at Brigham Young University, where the experiment had gone wrong. The school said it was working to find alternative accommodation for the 22 residents affected by the fire.

Meanwhile, police are still investigating the incident and have yet to assess the full amount of damage to the building structure and personal property.

The resident is not expected to face charges as of Tuesday morning, according to police, but once the investigation is closed, she will be reviewed by the prosecutor to determine whether charges will be brought.

“It is clear that this situation could have been much worse and we are grateful that no one was injured,” BYU police said in an update Monday.

“We urge students to be aware of the circumstances around them and to consider how their actions may affect not only themselves, but others as well.”

BYU said it was looking for alternate housing for those affected by the incident.